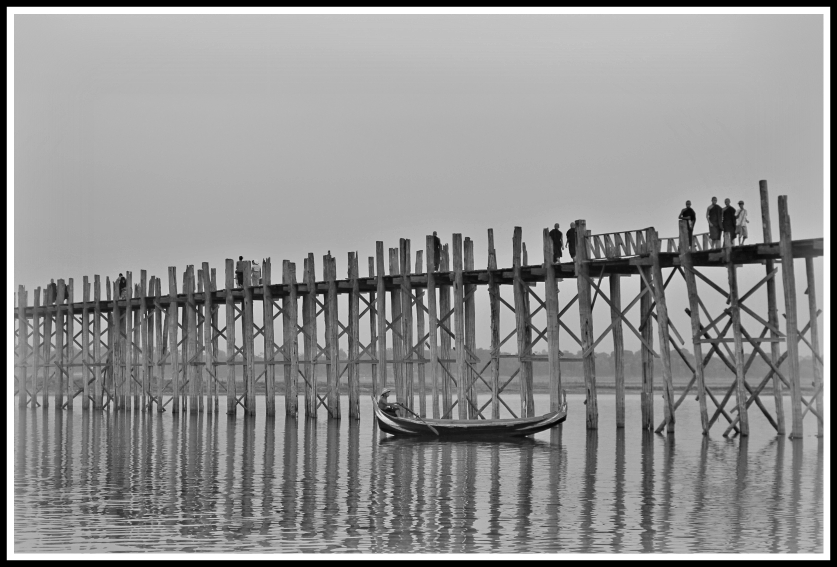 When the Daily Post’s Weekly Photo Challenge asks us to show something we are optimistic about or something that helps us stay positive and hopeful, some pictures are directly coming into my mind. After thinking for a while, finally I select this one as my contribution for the photo challenge of the week with the topic: Optimistic

It was in May several years ago, not the best time to visit Myanmar. And to make it worse, at that time Myanmar was partly opened for foreign tourists. Being a citizen of ASEAN members which Myanmar is a member as well, -in the same South East Asia region-, it’s not an auto access entering the country with a passport only. I had to apply visa before flying to Myanmar. Although it’s said that a political change being on the way, but I felt the atmosphere of people’s daily life stayed the same. Well, that was included me as a tourist visa holder; there’s always passport verification and registration by an officer in uniform in all domestic airports I arrived. But the people, the culture, the heritage and the food of Myanmar, hmmm… I was optimistic about the future of this marvelous country.

On that afternoon the driver dropped me off at U Bein Bridge, the famous tourist destination in Amarapura, Mandalay. I love the view of the bridge, it’s still awesome although it was not sunset nor sunrise.

The 1.2 km teak bridge is believed to be the oldest and the longest wooden footbridge in the world, which was built by U Bein around 1850 to salvage the unwanted teak columns from the old palace of Ava Kingdom during the move to new capital, Mandalay. Until now the local people still use this more-than-a-hundred-years bridge to cross over Taung Tha Man Lake.

Besides the breathtaking view of the footbridge during sunset or sunrise, it is also wonderful for me to enjoy afternoon scenery from the snack shops or small restaurants in the lakeside and watch the activities of Buddhist monks and the local people walking across the U Bein Bridge.

But who could handle for just watching and not walking on the bridge? Racing with the time, I walked for a several hundred meters and back just to feel the breeze from the lake. It was so wonderful. And while walking I found the answer of a question about the safety of the bridge. Some bricks were added to the wooden base in several points, perhaps to strengthen the existence of the bridge. Based on the discussion with the local people there, I believed that the people of Amarapura are optimistic about this outstanding wooden bridge which will survive for another century.

And I could not forget about Taung Tha Man Lake, it is still used by the locals for fishery. The lake itself is so kind to provide a lot of fishes for the people of Amarapura and surroundings. It’s not only for that, but also for boat tourism. When I was there, more than one boatman offered me to rent his traditional boat to go around and see the U Bein Bridge from the lake. Some of them offered to the tourists directly from their boats under the bridge. Unfortunately the time was not mine since I had to go back to Mandalay. It’s in the month of May, not peak time for tourists, but I believed the boat owners were still optimistic for the coming tourists.