When I visited this place, –and psssstt don’t tell anybody… actually it is in this world-, what if I let my imagination to fly freely? One thing I could imagine was, -without any knowledge about the place-, I went there with blindfold and then after a while something with robotic voice told me to open the blindfold.

Ok, after I opened the blindfold…

Perhaps, while adjusting my eyes from the blindfold, I stood there and was confused. I saw a strange building in front of me and also near me, I saw a high pole with another strange objects. There were five antenna with horizontal circles in the middle on top of the roof of the building. I’d never seen this kind of antenna, especially on top of a building’s roof. And about the strange objects in the high pole, did those objects have meaning? Where was I actually? Was I still on Earth? Or out of the World? Was I kidnapped by a group of aliens?

Ok, I woke up from the day-dreaming and back to the reality. I was in Hong Kong Disneyland, in the area of Tomorrowland. It’s a nice place to play with imagination…

The theme of this weekly photo challenge is blur. Argh… I have a lot of it 😀 😀

I’m not a photographer, I usually just take picture when I feel it’s nice or fun or whenever I have good mood  to capture.  Sometimes I remember the rule of photography, but most of the time I forgot. That why I have so many unfocus pictures that make the eyes uncomfortable haha..

Rain in the Secret Garden, Seoul

When Life gets blurry, adjust your focus… 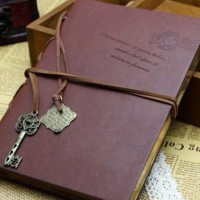